Today a question for the multi-tasking lover of music and literature from Joelle:

Q: Can you tell me some good music to listen to while reading that is not classical?

A: The folks over at Psychology Today say the jury’s still out on whether or not it’s productive for you to listen to music while you’re doing other stuff. I guess they’ve never experienced Dark Side of the Rainbow. I think, with the right type of music and a good book, you can get an excellent flow happening. And, as always, Tom from Sight & Sound can help you find it.

Here are the library’s Top 10 albums to listen to while reading: 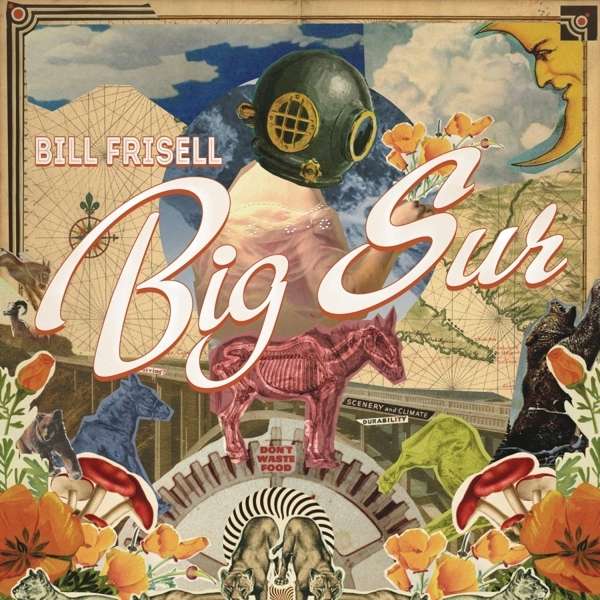 Noah Preminger – Before the Rain (Jazz)

The Straight Story: Official Soundtrack (Soundtrack) “Tenderness can be just as abstract as insanity.” -David Lynch

Got a question for The Reference Couch? Email us at ask@tadl.org, or send a message to us on Facebook.

If there’s anything we Midwesterners like more than fancy snacks (hot dips, tiny meats, deviled eggs), it’s fellow Midwesterners. This month’s party fact has to do with both:

Unveil the above at this weekend’s gathering. It’s a bold I-am-well-read statement wrapped in  a gentle reminder for guests to stop hoovering all the meatballs. In that way, this fact is like an hors d’oeuvre itself.

The Ohio-born Anderson, though he doesn’t pop up in your everyday list of famous classic authors, influenced many of the names that are on those lists, like Faulkner, Steinbeck, and Hemingway. Stuart Dybek, who we interviewed with 3to5, was also inspired by him.

Anderson was a self-educated writer, who one day walked out of his job in the roofing business to pursue his creative dream. By far, Anderson’s most successful work is the novel Winesburg, Ohio. He was also a much-lauded short story writer.

For your own enjoyment and enlightenment, you should read some Sherwood Anderson. A Midwestern fella we can be proud of. Also for more on fancy snacks, click here.

One year ago this month, the band Future Islands appeared on Late Show with David Letterman and blew everyone’s mind, including Letterman’s, leaving him chuckling, “I’ll take all of that you got!”

It was my first time seeing and hearing the band and it was the first time in a long time that I felt moved by new music. They oozed sincerity, not aloofness, not hipness, not rock-starness. They made me smile. That performance should have been the final scene in a movie where everyone finally recognizes how sweet and awesome the guy they’ve been ignoring is. If they ever remake Back to the Future*, it should replace the scene where Marty McFly and the Starlighters play Johnny B. Goode.

Then I looked up the video. More genuine feels.

Step three. See if my local public library has their records. Of cooooourse they do! I even got a “good record” and a nod by the Sight & Sound department when I checked it out. That’s the public library equivalent of street cred.

So here it is one year later and I’m still listening to and thinking about the Singles album and what I’m thinking about it is that I think it changed my life.

Not in a big way, but in some important ways. The way books usually change me. I loved it so much I wanted to call old friends and talk about it, which reminded me I should call my old friends more and made me miss them in the best I-have-great-old-friends way. I started feeling brighter in the dark winter mornings because I danced and sang “My Sun In the Morning” with my son. The way frontman Samuel T. Herring seemed to pour his heart out with his unadorned lyrics made me feel less self-conscious about the way I expressed myself, through words, and dress and dance.

Being moved by the authenticity and simplicity of Future Islands also made the irony and sarcasm and power-trips, and yadda yadda yadda seem that much more tiresome. And I began looking for the feeling I got from that music in the television and movies I watched, the books I read, the Facebook friends I followed. I’m still looking (LA Story with Steve Martin comes close). But in the meantime, I’m not sick of listening to Singles on repeat and I don’t know if I ever will be. Daaaang,  “Back in the Tall Grass” makes me feel like a teenager with the whole summer ahead of me and a big ol’ crush to take up all my thinking time.

So lots of other people have written much smarter and more informative reviews of this band, but I hope this one is the most sincere because this band makes me want to make the whole world more sincere. I hope they have the same effect on you or, rather, I hope something you read or listen to or watch has this effect on you. Start looking for it at the library.

*: please don’t ever try to remake Back to the Future.

3 to 5 Questions for Authors:

Courtney Maum is a contributor to the New York Times bestselling essay collection, “Worn Stories,” and the book reviewer for Electric Literature’s satirical “Celebrity Book Review.”  She is also the author of the novel “I Am Having So Much Fun Here Without You,” which we are reading for Books & Brewskis this month, and we are sooooo excited to talk about it (and even snuck in a little teaser talk at the last meeting).

The publisher describes the book as: “a love story in reverse, set in Paris and London, a failed monogamist attempts to answer the question: Is it really possible to fall back in love with your spouse?” The B&Bers who’ve read it already (over-achievers!) describe it as: “funnnnny!” Read more about the IHSMFHWY here and our interview with Courtney below:

Q: How much research did you do for the setting of this book? Did you travel to Paris? Become familiar with the art world?

A: I lived in France for five years and am married to a French man, so all of the Paris stuff came from my own eyes and heart. As for the art world—the art world functions closely enough to the literary and fashion world for me to parody it. There’s always going to be an “It” artist; a flavor of the month. There are a lot of egos, a lot of mixing of hi-culture and lowbrow. And when I was in high school, I dabbled in art myself—I was really  into oil painting and mixed media collage. I miss it, actually. I find making art very therapeutic.

A lot of the research I put into this book, though, I did as I went along. I’m obsessed with realistic details, so for example, when Richard goes on his “man date”  with Harold, I did a lot of research into the actual cafés that were available in that area, to the layout of the strip mall and such, all the way down to the distance between the strip mall and the park. It’s probably not necessary for me to put that level of realism into the book, after all, it’s a novel, I could just make it up, but it’s comforting to me somehow. I want to believe that these people really exist in the world that we know.

Q: Your main character, Richard, can be pretty unlikable (although I did read an Amazon review where a reader said she kind of wanted to sleep with him). Is it harder to write or relate to an unlikable character?

A: Thanks for calling that review to my attention—I stay away from the cavern of online reviews, but I’m glad that Richard has a willing fan somewhere! Whether or not you like or relate to an unlikable character has to do with voice. I’m able to engage with nearly anything if I like the way a voice is written. For example, I just finished Martin Amis’ “Zone of Interest” which is written from the point of view of Nazis during the Second World War. And not the repentant kind. By making his narrators extra repelling, extra horrifying, by pushing them to the absolute limits of the vileness they already contain, Amis ended up creating an incredibly moving read. The book takes its power from the unlikability of its main characters. Because they’re so heinous, we’re afforded a view into the Holocaust that we’ve never seen.

As a writer, you have to like your narrators. I ended up feeling a lot of compassion for Richard—it makes sense to me, the mistakes that one can make when a marriage starts feeling stale. As for Amis, there is so much word play in “Zone of Interest”, I imagine he was able to keep going because the mechanics of writing that book were fun. The subject matter is horrible, but the writing of it—the over the top buoyancy of the language—must have fueled him along.

Q: Could you tell us a backstory detail about one of the characters that you didn’t include in the book?

A: Sure! In the first version, there was a mysterious architect named “Monsieur de Beaupuy” who ends up being the buyer of “The Blue Bear” painting that Richard did for his wife. The catalyst that got me to start writing “I Am Having So Much Fun Here Without You” in the first place was that I passed a handwritten note in the Paris gallery district that read, “Mr. Architect, you wanted to buy the Blue Bear and you were wearing an elegant hat. Please get in touch.” So the story started off with me asking, who is this architect? What is this Blue Bear? The entire first draft centered around the relationship between Richard and the architect. But it didn’t make the final cut!

Q: What’s the most creative thing you’ve done to dispel writer’s block? Did it work or fail miserably?

A: I don’t know if it’s creative, it’s more embarrassing than anything else, but I like to put on really cheesy music and dance around the house. I’m talking really cheesy, like One Direction. Sometimes it helps for me to listen to really manufactured music that has had a high level of commercial success. I’ll listen to the chord progressions, the song’s overall length, how quickly the song moves to the chorus, and I’ll get a notion of how my story should progress.

Q: If you were a Dewey Decimal number, what number would you be?

A: Just for the record, I had to look this up! I haven’t had to encounter the Dewey Decimal system since I was like five years old. I have absolutely no head for numbers, so I wouldn’t be one. I’d be the library card. The one with all the “due dates” on it in the back

Thanks Courtney! We can’t wait to discuss and celebrate the book on March 31 at The Filling Station Microbrewery and we look forward to reading more from you!